Diabetes is a chronic disease that occurs as a result of the body’s difficulty in properly using carbohydrates, which results in an increase in blood glucose. The cause is the lack of insulin production in the pancreas or failure in its use. It requires life long diabetes treatment in Delhi.

Type 1.- When the pancreas of the person suffering from it does not produce the insulin that is needed. Type 1 Diabetes is more common in children and young adults although it can occur at any age. People with Diabetes 1 need to administer insulin to control blood glucose levels. Diabetes 1 represents 5-10% of the entire population with Diabetes.

Type 2.- When the insulin produced by the pancreas of the sick person is not effective and does not function. Type 2 Diabetes is more common in older people, particularly those who are overweight. Currently, as a result of a sedentary lifestyle and the increase in obesity of the population, it also occurs in younger people. Often, Diabetes 2 can be controlled with diet, weight loss and exercise and also with pills. Diabetes 2 represents 90-95% of the entire population with Diabetes.

What complications can Diabetes give?

When glucose circulates in the blood instead of being used as energy, its concentration increases, hyperglycemia. This entails short and medium-term complications that, if not prevented, can affect the majority of blood vessels in our body. The most significant long-term complications are at the level of small vessels such as those of the kidney (nephropathy) and retina (retinopathy) and large vessels, causing the so-called generalized vascular disease, which affects the heart, brain, and lower extremities. It also affects nerve conduction leading to the so-called diabetic neuropathy.

What symptoms guide us to the presence of Diabetes?

The onset of Type I Diabetes is often sudden and may include symptoms such as increased urinary frequency, abnormal thirst, extreme tiredness, irritability, weight loss, frequent infections. Diabetes 2 starts gradually and is generally not detected. Sometimes symptoms similar to those of type 1 diabetes may appear, but much more attenuated. Often the initial symptoms are not detected and the diagnosis of the disease is made late, years after the onset of the disease. At that time in half of the patients, complications are already present.

Who is at risk for diabetes?

Some people may be more predisposed to present the disease. The most relevant factors explained by a nephrologist in Delhi are:

Which is the best diabetes treatment in Delhi?

Can you prevent the onset of diabetes or its complications?

What can be done to prevent kidney disease?

Kidney disease caused by diabetes occurs in a third of the population with diabetes. The first specific fact that alterations in the kidney are occurring in the presence of a protein called albumin in small amounts in the urine. This alerts you to the possibility that the small blood vessels that feed the kidneys may suffer damage if we do not act. There are interventions and drugs that can prevent and reverse kidney damage in the early stages. 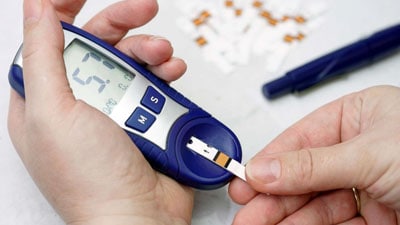 Diabetic kidney disease “Diabetic nephropathy”:
Kidney disease caused by Diabetes is called Diabetic Nephropathy. It is a chronic and progressive disease that develops in a third of people with diabetes. High blood glucose levels affect the small vessels throughout the body and also those that are part of the kidneys. When these small vessels or capillaries are damaged, they do not work properly affecting their function, filtration Toxic products can then accumulate in the blood, while other necessary substances such as proteins are eliminated in the urine improperly. If this progresses, we can reach the complete loss of kidney function that stops its filtration process, warns nephrologist in Delhi.

Signs and symptoms of kidney disease in Diabetes:

Symptoms of kidney involvement may appear late when the organ is already severely damaged. It is important to know the early signs that can alert us to the onset of kidney damage:

In the early stages of kidney damage, hypertension can be treated, glucose control can be improved and specific drugs for diabetic kidney disease can be administered. If the renal damage progresses and the renal insufficiency progresses, we may need treatment with techniques to replace the function of our kidneys, such as dialysis and transplantation.