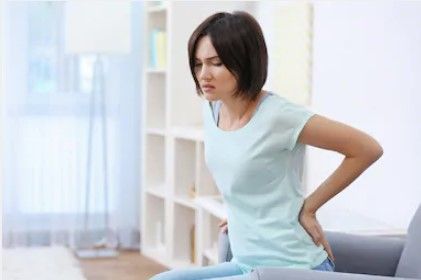 Pyelonephritis is a potentially serious infectious inflammatory disease caused by bacteria. It affects the renal parenchyma, where the urine-producing functional structures are located, and the dilated portion of the kidney (or pelvis), roughly shaped like a funnel, whose function is to facilitate the flow of urine through the ureters. so that it is stored in the bladder and then eliminated through the urethra.

In the chronic form, the kidneys gradually lose their ability to function because of an underlying disease ( high blood pressure and type 2 diabetes, for example) or repeated or poorly cured acute infections that can lead to kidney failure.

The E.coli ( Escherichia coli ), gram-negative bacteria that normally inhabit the gut, is responsible for approximately 90% of cases of kidney infection. It enters the body through the urethra, reaches the bladder, rises through the ureters and settles in one or both kidneys, compromising its functioning. Proteus, Klebsiella, Enterobacter, and Pseudomonas are other infectious agents that may be associated with disease episodes.

Although less common, the cause of pyelonephritis may be an infection with gram-positive bacteria, including Staphylococcus aureus. Coming from infectious outbreaks in other organs, this microbe can spread into the bloodstream and infect the kidneys. It is called the hematogenous pathway of disease transmission, which can spread the bacteria throughout the body causing sepsis, a very serious infectious process known in the past as “widespread infection”.

The urinary tract has defense mechanisms that prevent the proliferation of pathogenic germs. In addition, the access of microorganisms to the upper urinary tract is hampered by the continuous flow of urine, which pulls them out of the body, and by the presence of sphincters, a type of valve that closes after the urine passes outwards.

However, even then, there are some conditions that increase the risk of developing pyelonephritis. Are they:

The symptoms of pyelonephritis are similar in the acute and chronic forms of the disease. However, it is worth noting some differences. In acute illness, they soon appear. In the chronic, asymptomatic phases alternate with others in which the clinical manifestations appear only during the periods in which the infection is active. Because of this characteristic of the disease, chronic bacterial infection can cause irreversible kidney damage that progresses to severe renal failure.

In both cases, however, the most characteristic symptoms are fever, chills, sweating, nausea, vomiting, malaise; low back and pelvic pain in the abdomen and back; urgency and pain (dysuria) to urinate, sign of pus (pyuria) and blood (hematuria) in the urine, which becomes cloudy and has an unpleasant odor.

The diagnosis of pyelonephritis considers the set of symptoms, especially the occurrence of high fever, chills and low back pain, as well as the clinical examination of the patient. Laboratory tests, such as complete blood count, type I urine and antibiogram urine culture, are useful to confirm the presence of the infection, identify the infectious agent and guide the therapeutic approach.

Imaging tests – computed tomography, ultrasound, and magnetic resonance imaging – are reserved to identify structural or anatomical abnormalities in the urinary system that pose an increased risk of severe kidney disease.

It is always important to establish the differential diagnosis with diseases that may have symptoms similar to those of pyelonephritis. These include pelvic inflammatory disease, cholecystitis ( gallbladder inflammation ), appendicitis (vermiform appendix inflammation), and acute pancreatitis (inflammation of the pancreas ).

Pyelonephritis has a cure. Kidney infection treatment in Delhi with broad-spectrum antibiotics should begin as soon as the possibility of kidney infection is raised. The goal is to prevent the infectious agent from causing permanent damage to these organs or spreading the infection throughout the body, leading to multiple organ failure.

Waiting for the result of the urine culture test to identify the type of bacteria and antibiogram to know which drug is most effective in fighting it can be risky, as both take longer to complete.

Despite the delay, however, they are fundamental tests for the treatment of recurrent infections or those resistant to the initially proposed treatment.

For pain relief when urinating (dysuria) it is ideal to use painkillers. Anti-inflammatories should only be used under medical guidance, as they may aggravate the renal condition.

In general, the standard pyelonephritis treatment in Delhi is oral antibiotics for at least seven days. Depending on the characteristics and severity of the infection, intravenous medication may be required for up to 21 days. Although symptoms usually disappear within a short time, it is essential to follow the prescribed scheme until the end to prevent the recurrence of infections or for bacteria to become resistant to the indicated antibiotics.

Severe kidney infections, especially in childhood and the elderly, may require hospitalization to administer intravenous medication. Patients with chronic pyelonephritis, which leads to progressive and irreversible loss of the kidney, depending on dialysis until a kidney transplant can be performed.

Surgical procedures are indicated when obstructions or structural abnormalities of the urinary system facilitate the installation of infectious processes.