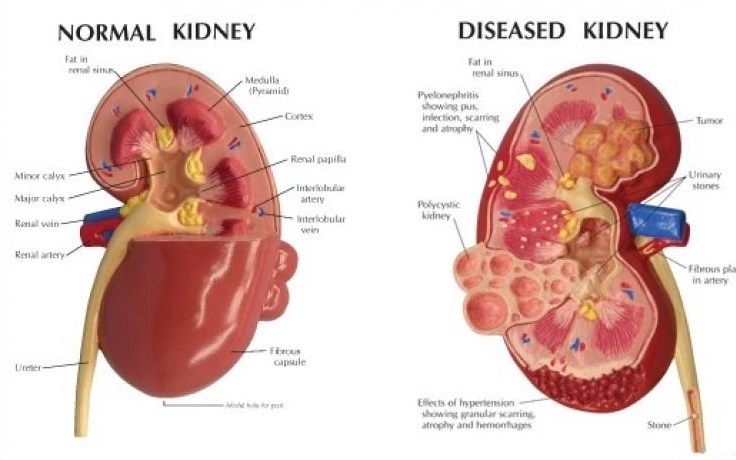 It consists of the progressive and irreversible deterioration of renal function. When the glomerular filtration rate – blood filtering in the kidney – falls below 25 to 35%, urea and creatinine begin to increase, patients being relatively asymptomatic or presenting anemia, high blood pressure, polyuria, and nocturia. When glomerular filtration falls below approximately 15%, signs of uremic syndrome begin to appear and require urgent chronic renal failure treatment in Delhi.

Diabetes mellitus: the most frequent cause of CRF in developed countries. Renal involvement occurs after 10 years of diabetes, although it manifests clinically at 20 years.

Hypertension: produces an overload of pressure in the entire vascular tree, to which the vessels respond by strengthening their muscular layer. In the kidney there is a thickening of the wall of the vessels with a decrease in their caliber, leading to renal ischemia, and, on the other hand, glomerular hypertension occurs that puts excessive work on the glomerulus.

Glomerulonephritis: they consist of a glomerular involvement accompanied by vascular and renal interstitial involvement in some cases. Clinically they usually manifest with proteinuria, hematuria and slow or rapid deterioration of renal function (from days to years).

Tubulointerstitial nephritis: processes that predominantly affect the interstitium – one of the kidney areas – with the destruction of tubules and vessels, which results in ischemia and renal atrophy.

Hereditary renal processes: represented almost entirely by polycystic kidney disease. It is a hereditary process that is transmitted in an autosomal dominant manner and is a defect in the formation of renal tubules, which degenerate into cysts that grow progressively and destroy the healthy renal parenchyma.

Cardiovascular manifestations: arterial hypertension, found in up to 80% of patients with end-stage chronic renal failure. The fundamental cause is hydro saline retention, although a hyperreninemia situation is also involved.

Hematological disorders: an early sign in the evolution of chronic renal failure is anemia, largely caused by erythropoietin deficiency (hormone synthesized in the kidney and that promotes the generation of red blood cells), although other factors such as gastric losses also influence, decreased half-life of red blood cells due to the same uremia, malnutrition or iron deficit.

Neurological disorders: the appearance of uremic encephalopathy is typical, which manifests itself as a cognitive disorder that ranges from difficulty concentrating to deep coma. A polyneuropathy may also appear that is sensitive at first but that, if it advances, also becomes motor.

Osteomuscular disorders (renal osteodystrophy): it is manifested by bone pain, deformities (resorption of distal phalanges in fingers), fractures and growth retardation in children.

Dermatological alterations: the characteristic sign is the straw color of the skin, produced by anemia and the accumulation of urochromes. Itching (itching) is also very frequent and very annoying.

Hormonal alterations: in man it mainly causes impotence and oligospermia (decrease in sperm production). In women, it causes alterations in the menstrual cycle and often amenorrhea (lack of menstruation).

The diagnosis of chronic renal failure is based on the clinical manifestations presented by the patient, as well as the alterations that can be seen in blood tests.

The ultrasound shows that the kidney has decreased in size and has an alteration in its usual structure.

It is important to start the chronic renal failure treatment in Delhi early in order to avoid complications, anticipate long-term sequelae and slow the progression of the disease as much as possible (protecting residual renal function).

In hemodialysis, the elimination of toxins and excess liquid is done through an artificial filter. It requires an extracorporeal circuit with the need for vascular access (arteriovenous fistula or hemodialysis catheter). It consists of intermittent sessions (three a week) of variable duration (3 to 4 hours).

The steps followed in performing a transplant are as follows: