The Kidney And Kidney Disease In Pregnancy 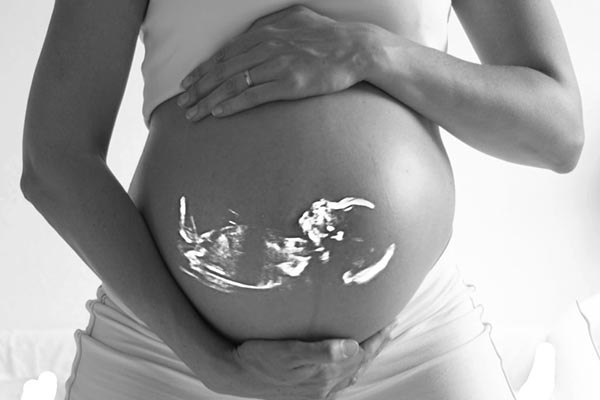 Pregnancy is a very special period in the life of a couple and in particular, a woman, but it may seem like a difficult dream to achieve in kidney patients.

THE IMPACT OF PREGNANCY ON THE KIDNEY

In women without kidney disease, the urinary system undergoes anatomical and functional changes to adapt to the new state: blood flow to the kidney increases up to 60%, which causes creatinine to drop slightly and proteinuria to rise (parameters that usually serve to evaluate renal function). It also increases the amount of water in the body which leads to a dilution of hemoglobin (anemia of pregnancy that is physiological) and blood pressure drops slightly. These normal changes may not happen in women with kidney disease.

Kidney patients have a harder time getting pregnant. When it happens, the pregnancy itself may be subject to more complications than in a healthy woman, which always means a risky pregnancy and implies a closer follow-up by the obstetrician and the nephrologist. Usually, kidney disease does not worsen during pregnancy, but it can get significantly worse after delivery. The baby also requires special monitoring. The cause of kidney disease and the stage (severity) of it also determine the evolution of pregnancy.

Pregnancy in women on dialysis is rare.

When women on hemodialysis become pregnant, they see the treatment changed. Among other technical changes, they must undergo dialysis daily (five to six sessions/week) so that the toxics do not accumulate and suffer as little variation as possible so as not to affect the baby.

In both peritoneal dialysis and hemodialysis, the risk of miscarriage is greater than in a patient who does not undergo dialysis, and as such, the follow-up must be done by the obstetrician and the best nephrologist in Delhi on a regular and careful basis.

In kidney transplant women, fertility is partially restored, making it easier to get pregnant. These pregnancies must be planned and monitored, as they are still risky pregnancies. One of the main precautions is the choice of immunosuppression. Some drugs can affect the baby, so the medication schedule may have to be changed. In this context, there may be a higher risk of rejection of the transplanted kidney. With regard to childbirth, this should preferably be done vaginally so that there is no risk of injuring the transplanted kidney during a cesarean section.

If a woman donates a kidney to a kidney patient, her fertility is not affected and pregnancy does not involve greater risks than if she had both kidneys.